Most of the people you know are “show me” kind of people. That simply means they prefer actions over words. In my estimation, it is pretty normal and I don’t think that God is too terribly offended by that sort of initial reaction. Now the desired goal, as we grow up spiritually, is to walk more by faith than we do by sight. But we shouldn’t expect to jump out of a boat and start walking on the water overnight, if you know what I mean.

There is a whole lot more to it than that. When we hang around the Gospel account of Jesus’ time on earth, we will find that most of those who were ministered to and mentored by Him were “show me” kind of people until they grew to trust that His words could back up His ways.

That brings us to Nathanael, one of my favorite Bible guys. I see him as an honest, genuine, hardworking individual who was all about the truth. Depending on where you look, the name “Nathanael/Nathaniel” can mean, “Gift of God” or “No guile, no deceit, no falsehood, no duplicity!” And since I have a Nathaniel for a son, I reckon the Bible Nathanael was a little bit of both of these two traits: gifted and brutally honest.

That’s important to me when I survey his response to Philip. When Philip came to tell him that they had located the One the Law of Moses spoke of, he wasn’t being disrespectful with his question, “Can anything good come out of Nazareth?”

It’s possible that he was saying, “I don’t remember the law saying anything about the Messiah coming out of Nazareth, of all places!” But regardless, I don’t see him or those like him as rude and faithless because they require some, “show” before they say that they “know” all is well and good. And the way Philip responds is perfect when dealing with a Nathanael. He didn’t try to debate or further explain; he simply said, “Come and see.”

This is good wisdom for me today. Because there are still times I forget.   With my own son, I can find myself a tad frustrated when he unconsciously challenges me to show him instead of just pointing it out to him. And sadly, there have been more times than I care to mention that he has come to me and asked why my actions failed to line up with what I had previously told him. You and I are surrounded by Nathanael’s. And if we will let them, they will help us always have something to show for what we think we know! 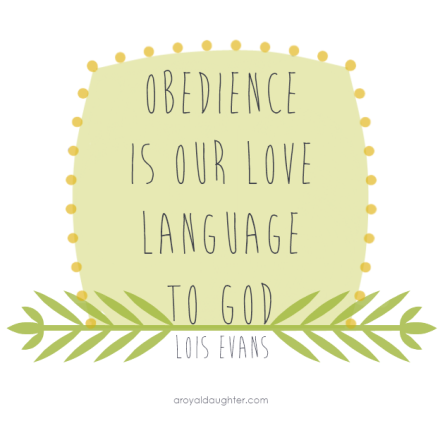 Recently, I was going over the account of Israel’s first king with my children and all of a sudden, there it was. God miraculously peeled back the invisible curtain and revealed a truth I had never considered in all the times I have recounted this historical event.

The scene starts with Prophet Samuel giving King Saul some clear-cut instructions from God (I Samuel 15). But instead of obeying, Saul took the liberty to modify the command to fit his own pious plans. Later, when Samuel returned and confronted him, he denied any wrongdoing and justified his actions without even flinching.

And it wasn’t until Samuel told him that God had rejected him as king that he finally said, “Ok, what I did was wrong and I’m sorry, but Samuel, please don’t make me look bad. Come back home with me and acknowledge my victory before all my people (my paraphrase).”

As I wove into my child-like embellishment all the other times Saul had done a “half-baked” job of obeying God, I saw it. This would-be king was so afraid of falling flat on his face, his vision was impaired. Every order he received was sifted through an internal grid of “no matter what happens, I can’t look bad.”

He cared more about being embarrassed before the masses than he did about being embraced by the Master. Wow! Then I stopped, and reminisced over times in my own life when I was guilty of the same kind of short-sightedness. Ouch!

I admit, I have never relished being the back-end of cruel jokes and jeers. So much so, that as a kid, my parents had to drill into me the absolute necessity of telling the truth. Back then, I would waste no time fabricating or falsifying a few key facts to avoid looking bad.

Even now, it is daily time with God that helps keep my heart delicate and non-deceptive when it comes to obeying His wishes, regardless of how it might make me look before the crowd.

I pray this is not your struggle. I hope when it comes to being embarrassed you are untouchable. But chances are, I am not alone. And if that’s the case, my encouragement is the same as what I offered each of my children (as I took a dose myself).

Acknowledge the tendency before God and ask Him to raid the cupboards of your heart in search of this “vision thief.” Ask Him to set your sight “aright.” That way, you and I don’t wake up one day to find ourselves paranoid and alone, thinking everybody is out to get us (like King Saul). To obey is better than sacrifice!

Then he said, “I have sinned; yet honor me now, please, before the elders of my people and before Israel, and return with me, that I may worship the LORD your God.” I Samuel 15:30 NKJV

Biblical Meditation: Ecclesiastes 5:1 Keep your foot [give your mind to what you are doing] when you go [as Jacob to sacred Bethel] to the house of God. For to draw near to hear and obey is better than to give the sacrifice of fools [carelessly, irreverently] too ignorant to know that they are doing evil. 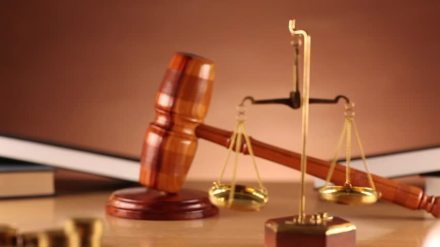 The other day I was pulled over by a police officer as I traveled through a small town in Oklahoma. I rolled through a stop sign and by the time I realized what I had done, it was too late.

The kind officer stated to me the obvious and commenced to doing his job. Although I meant no harm and my actions were accidental, for all practical purposes, I had broken the law and thus warranted correction. That may sound a bit harsh, but in reality, law and order are the basic building blocks to everything that exists. And if they are not adhered to, chaos and confusion will destroy all that is good and right in the world.

God is the original law giver, so, His spoken words are literally ‘law in motion.’ And it is by that law all created things find their unique place and function in the grand scheme. This is insightful for all who desire to comprehend God’s way of establishing calm in the midst of chaos.

First, you have to accept the God-given right and responsibility to call forth law and order in a particular situation. At that point, don’t try to re-invent the wheel.

Take time to research laws God has already established. From Genesis to Deuteronomy, you will find all you would ever need to build a solid moral “right and wrong” compass. From there, order your steps accordingly. You may have to rename some things and get rid of others.

But whatever you do, make sure that your physical actions align with the laws you verbally legislate. And if you should ever find yourself floating through one of life’s stop signs like I did, refrain from the urge to complain. On the contrary, take time to thank the Good Lord for the reminder and make the needed adjustments, quickly, if possible!

Then God said, “Let the waters under the heavens be gathered together into one place, and let the dry land appear;” and it was so. And God called the dry land Earth, and the gathering together of the waters He called Seas. And God saw that it was good. Genesis 1:9-10 NKJV

Biblical Meditation: Isaiah 30:21 Whether you turn to the right or to the left, your ears will hear a voice behind you, saying, “This is the way; walk in it.”January

Colossians 2:16 Therefore do not let anyone judge you by what you eat or drink, or with regard to a religious festival, a New Moon celebration or a Sabbath day.

I was 19 years old when God began to deal with me about ministry. When I was a kid, I admired pastors. But as I grew up, a couple of unfortunate experiences left me feeling let down when it came to preachers and their occupation. In a way, this was good because I began to realize that these men and women are human. They are subject to error just like everyone else. But I also began to see something else. I was responsible. See, like a lot of people, I subconsciously put the weight of my spiritual growth and development on the back of the preacher. I began to realize “all God’s children are ministers!” Over the years, I have become more convinced of this fact. And if there was ever a time for the people of God to step up to the plate and take responsibility for knowing God and His Word for themselves, that time is now.

Until the day I leave this planet, I will advocate that every believer is a part of Christ’s Body, the Church, and thus is responsible to know Him, His Way, and His Word well. That does not excuse us from congregating with other believers on a regular basis (i.e. going to church on Sunday, Wednesday, Thursday, whenever). But it also does not excuse us from turning our home, workplace, school, and neighborhood into a place for His Presence. Wherever you and I are present, He is present. And to the degree we are aware of His presence is the degree in which we will participate with Him in ministering to others.

Colossians 2:20-23 Since you died with Christ to the basic principles of this world, why, as though you still belonged to it, do you submit to its rules: “Do not handle! Do not taste! Do not touch!”? These are all destined to perish with use, because they are based on human commands and teachings. Such regulations indeed have an appearance of wisdom, with their self-imposed worship, their false humility and their harsh treatment of the body, but they lack any value in restraining sensual indulgence.