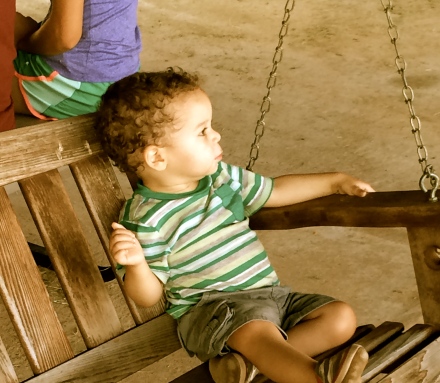 2 Chronicles 20:2 The Message Bible Jehoshaphat received this intelligence report: “A huge force is on its way from beyond the Dead Sea to fight you. There’s no time to waste-they’re already at Hazazon Tamar, the oasis of En Gedi.”

I first knew of the fight with the Bully when I came to the spot my sister and I met to walk home together. My sister wasn’t there. But I looked to my left, over by the cedar trees, there she was…an enormously big girl was all up in her face. I knew my sis and I could tell she was terrified. If I didn’t do something quick, this mountain of a girl was going to squash her! Just then, I saw my sister’s purse on the ground where she had dropped it in the midst of all the drama. I came behind the giant swinging my sister’s purse like a sling shot. WHAM! I clocked the bully in the head, grabbed my sister’s arm, and we ran for dear life.

I don’t advocate violence, but what do you do when you’re faced with a fight and you are overpowered and outmanned? This is a picture of the above incident with King Jehoshaphat. He was minding his own business when some bullies decided they wanted to fight. Jehoshaphat wanted no part of it. As a matter of fact, he was afraid of the outcome. He knew he couldn’t win.   But unlike me at eight years old, Jehoshaphat turned to God for help (vs. 3). He also got others to pray with him. Bullies come in many forms and in this life there’s no way around them. For you, the issue might be gigantic, but it’s minuscule to God! So what if there are giants in the land! There are no giants too big for your God!